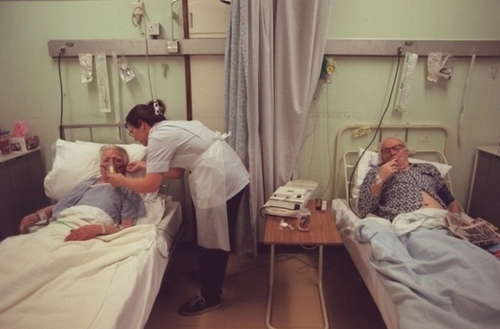 Disparaging NHS Scotland has become a standard tactic of the British parties in Scotland. There are a number of reasons for this. Firstly, there is the fact that the SNP administration’s record on running the health service is pretty good, considering the economic pressures imposed by the UK Government. Since the overarching imperative for the British parties in Scotland is to try and break down the trust and confidence that voters have in the SNP, they naturally attack those areas where the Scottish Government is seen as doing quite a good job. Any collateral damage to public confidence in the NHS is, of course, not of any concern to the British parties.

Secondly, all the British parties are bound by the same rigid British nationalist ideology. They are inflexibly committed to the concept of “One Nation Britain”. This means that the imperative must always be to eradicate anything that is distinctive in Scotland. Anything that represents a political culture in any way different from that which prevails in England.

During the referendum campaign, a number of commentators, myself included, warned that one of the consequences of a No vote would be a concerted attack by the British state on Scotland’s democratic institutions and those aspects of our society which are most representative of the different approach taken by the Scottish Government. NHS Scotland unarguably comes high on the British establishment’s target list.

Another reason for the constant effort to erode confidence in NHS Scotland is that all the British parties are committed to its destruction. They simply cannot have an effective public health service running in Scotland while they argue that privatisation is the only way for the NHS in England. It is a huge embarrassment already. And it will only become more of an embarrassment as the sell-oof of the NHS in England proceeds.

Basically, these “NHS in crisis” stories are part of a propaganda campaign which is preparing the ground for bringing the health service in Scotland into line with what is being done in England. It is as well to be aware of the agenda which lies behind these stories.