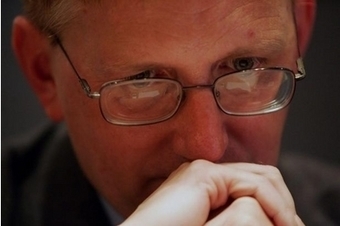 Craig Murray fails to pass a necessarily rigorous selection process. Cue a massive wave of knee-jerking among those who are not prepared to actually think about the matter.

Look at some of the idiotic comments here. There are people who actually seem to believe that Murray was taking part in a policy debate and not a selection interview. Get a grip! Policy is not decided, nor even debated, at selection interviews. Prospective candidates are asked a series of questions intended to allow the panel to assess their suitability – both as a candidate AND as a member of the SNP group at Westminster.

A single question, even if accurately reported, tells us virtually nothing about the selection process as a whole. The idea that a question about support for the Bedroom Tax hints at a process by which the party might change its stance on that issue borders on the insane. The question is clearly designed to test the prospective candidate’s amenability to party discipline. There would be many other questions for the purpose of allowing the panel to make a judgement as to whether or not the candidate would fit the role.

The sensible answer to the question would have been. “It depends.”. There simply isn’t enough information about the circumstances in order to give a simple yes/no answer. The fact that Murray didn’t realise this is bound to count against him. As is his powerful urge to put his own self-righteousness before the party and, much more importantly, the purpose for which its MPs have been sent to Westminster.

Murray should have responded by asking what was meant by “support”. Does is refer to a vote in the House of Commons? Or does it refer to actually voicing approval of the policy? If the former, how significant is the vote? There are many kinds of votes at Westminster. A surprising number of them make no difference to anything. Often, it is simply a matter of voting on the principle rather than having any practical effect.

He should also have asked what the quid pro quo was in the scenario. What was being offered in return for this “support”? What was the gain for the pain of gritting his teeth and compromising a personal principle? Suppose, for example, that the “support” for the Bedroon Tax was effectively meaningless. It is easy to imagine British Labour demanding such a thing just too embarrass the SNP. Suppose further that this demand was made as part of a deal which would result in significant powers over welfare being transferred to the Scottish Parliament. Who in their right mind would not agree to such a deal?

Apparently, Murray wouldn’t. Nor would many of his less thoughtful sympathisers. If we are to believe what they say, and why should we not, then they would sacrifice those powers over welfare on the alter of their own self-righteous ego.

Politics can be thought of as a game. In order to play that game effectively you have to be able to think things through. Knee-jerk responses are generally a very bad idea.

I can understand that many people are disappointed that Murray failed the selection procedure. But fail it he did. Only the panel know the full reasons. Only the panel was in a position to make a rational judgement. We have to respect their decision. Murray was rejected for cause. Being an effective whistle-blower doesn’t necessarily make you a good candidate or a good MP.