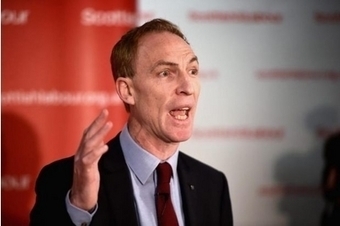 SCOTTISH Labour’s brief period of unity has ended after the former spokesman for Jim Murphy’s defeated rival accused the new leader of “abandoning truth” and “making stuff up” about Scottishness.

It is gratifying to know that, whatever their motivations, there are still a few people within British Labour in Scotland who are prepared to speak out against Murph The Mendacious.