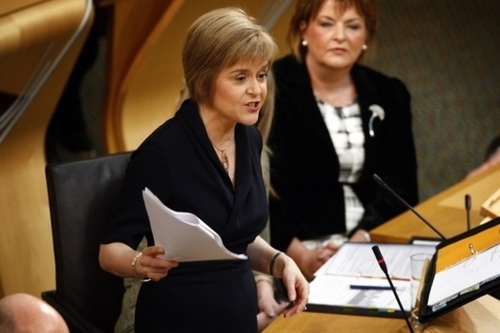 THE SNP is to campaign for the minimum wage, income tax personal allowance and more benefits to be transferred to Holyrood in its general election manifesto next year.

Where did unionists get this daft idea that the SNP “contributing to and signing off Lord Smith of Kelvin’s report” somehow implies that the party has abandoned its commitment to securing for Scotland the full powers of an independent nation. This notion is every bit as inane as the insistence that September’s referendum result should be interpreted as a vote to give up our right of self-determination.